Before the final day of classes at Grant Elementary School, Daniel Barajas, a sixth-grade student, waits to help students cross the street as part of his safety patrol responsibilities. The 112-year-old school is closing after the district decided it would be too expensive to overhaul.


As everyone scurried to pack up their pens, papers and paintshirts, a thirdgrade student paused momentarily to listen to the faint sound of chimes.


"I can hear the bell," she announced, a hint of sorrow in her voice.


Silence immediately fell over the classroom as everyone stopped and turned toward the window. For a few seconds they all listened as the school bell continued to ring at somewhat even intervals.


After 112 years, Grant Elementary School in Elgin wrapped up its final school year. The two story, red-brick building was tagged for closure five years ago by a team of building experts. Its cavernous basement and a difficult floor plan were deemed beyond repair or renovation. Students will be sent to neighboring schools instead.


"It's old, but it's not like really trashy," fifth-grader Diana Tinajero said.

"I've touched a lot of lives in here," said Shirlene Hogue, who began her teaching career at Grant 23 years ago. "I hope it's been a positive experience for them." -by Charla Brautigam. 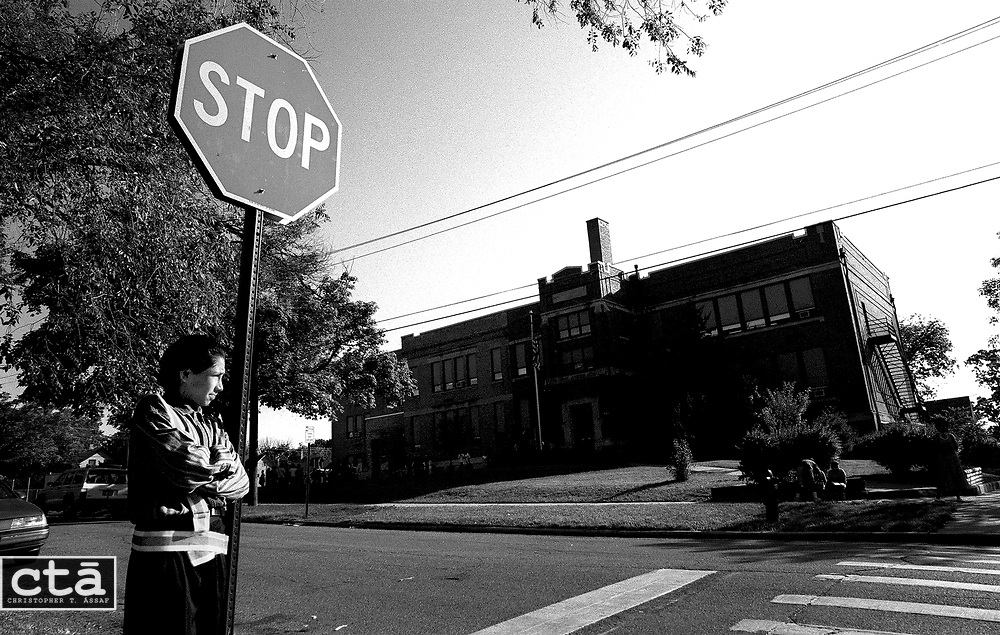