Marilyn Mosby leads her children, Nylyn, 6 (left,) and a reluctant Aniyah, 4 onto the grandstand past Mayor Stephanie Rawlings-Blake and Baltimore Police Commissioner Anthony Batts. Inauguration of Marilyn J. Mosby as State's Attorney for Baltimore at the War Memorial in Baltimore. Onleya few months later she would be on the national stage as the Freddie Gray unrest roiled Baltimore, and led to the arrest and prosecution of six police officers in the fatal injury of Gray while in police custody. Batts was later relieved of his duties over the Freddie Gray case and Rawlings-Blake has announced she will not run for mayor again. 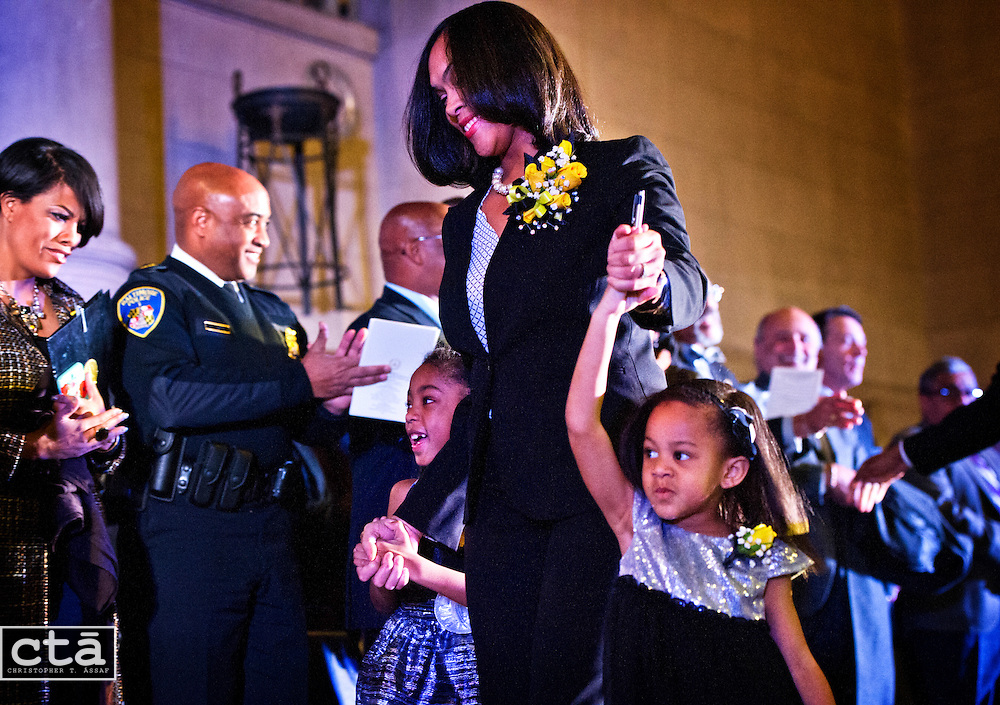