Two nights of pure brawling in a small Southern Maine city by men who would be considered average by most standards. They mix together to box in an abnormal tournament. One fighter is a tombstone cutter. Another works in a tanning salon. A commercial pilot will fight a worker from a paper mill. Their goal is common-to stand in the artificial light of center ring and be named champion of the Sanford Toughman Contest.

Aimé Morin, chairman of the Maine Athletic Commission, weighs in Tom Hines at 224 pounds before the start of Sanford Toughman Contest. All contestants were weighed and given a physical as they are before any professional or amateur boxing match. 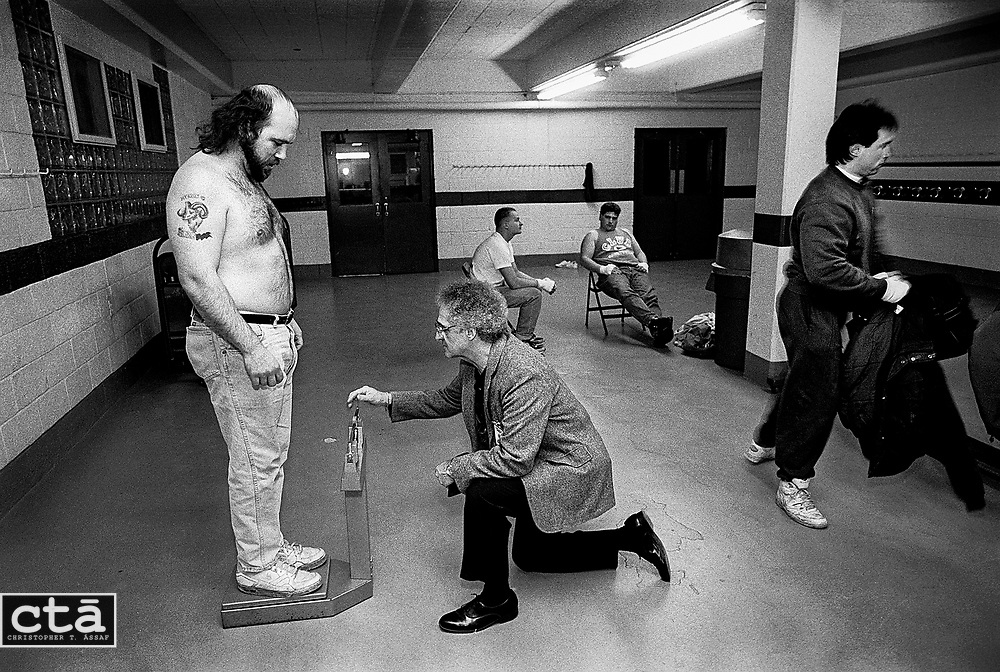